Event of interest - 130 of the world’s greatest maps

A cool event for those of you lucky enough to be near Chicago... Maps: Finding Our Place in the World, is part of The Festival of Maps Chicago. The Festival of Maps Chicago is a citywide celebration, made up of more than 30 cultural and scientific institutions, dedicated to exploring and understanding the discoveries and history of wayfinding across time, space, and cultures.
Details
The exhibition is a once-in-a-lifetime opportunity to see more than 130 of the world’s greatest maps, including those from ancient Rome and ancient Babylon, cartographers Leonardo da Vinci and Mercator, as well as the great libraries of the world, including the Vatican Library and the Royal Collection at Windsor Castle. Visitors also will discover the oldest road map of Britain and another with the first boundaries of the new American nation. These famous maps will be juxtaposed with modern ones, including in-car navigation systems powered by NAVTEQ.
Maps: Finding Our Place in the World
November 2, 2007 — January 27, 2008
See more at http://www.fieldmuseum.org/maps/ 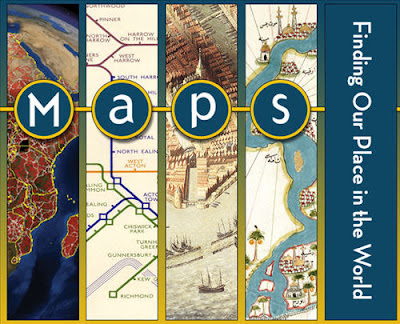